Procedure for Liquidation or Winding Up of Company in Bangladesh

The term used here is Company but not Businesses, because sole proprietorships or partnership business do not follow the similar term or procedure like liquidation or wind up in Bangladesh. Therefore, in order to proceed with the liquidation procedure one must need to have or had an operational company, duly incorporated/registered under the laws of Bangladesh.

Liquidation or winding up of a company in Bangladesh is a company dissolution mechanism by which a company brings an ending to its existence, the process is also called Winding Up of the company in Bangladesh. This mechanism converts the assets of a company into cash. In other words, this process creates a monetary funds through which a company pay its debts, outstanding bills, and divides the remainder and distributes among shareholders, company members, partners, or any other investors. A receiver may be appointed to monitor such a distribution process of assets (known as “Liquidator”). As a liquidator you can also appoint us as your leading Law Firm in Dhaka, Bangladesh to assist as a liquidator.

We shall outline the step by step procedure for Liquidation of Companies in Bangladesh on the following content of this page.

In Bangladesh, there are three ways by which winding up takes place. A company may be wound up either:

(iii) subject to supervision of court.

A petition for winding up can be filed by a creditor, the company (i.e. shareholders) or contributory, together or separately under section 245 of the Companies Act 1994.

In the event of winding up of a company, section 235 of the Companies Act states that, each of the current and former members of the company shall be liable to contribute to a sum which is sufficient of the company’s debts, liabilities, costs and liquidation expenses. Section 237 defines the term contributory; it means every person is liable to contribute to a company’s assets in the event of being wound up.

However, the former member shall be exempted from the duty of making contribution, if the former member has ceased to be a member for more than one year before the commencement of the winding up or for any obligations of the contractual business since he ceased to be a member or the current members are unable to meet the meet the required contribution. Notwithstanding, in case of limited company, no member (current or former) shall be required to contribute the amount exceeding any unpaid on the shares in respect to which he is liable. It is to be noted that, directors’ liability (current or former), in the event of winding up of a limited company; is unlimited (section 236).

Question may arise as to what shall happen in case where a contributor dies or becomes insolent. In this event of a contributor’s death, their representative and heirs shall be liable to contribute to the company’s assets. On the other hand, in the case of insolvency, the assignee shall represent the contributor and the estate of insolvent shall bear the cost of any payment by way of such contribution. These are laws laid down in section 239 and 240 of the Companies Act 1994. 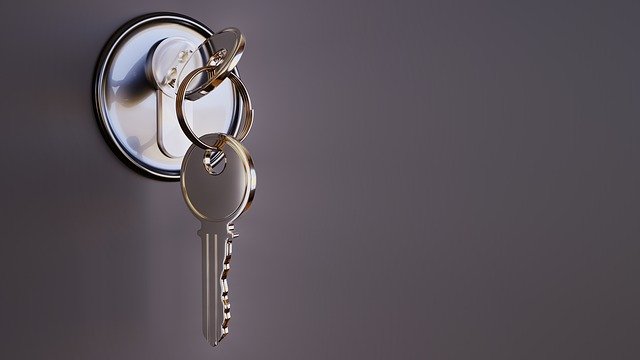 A company may be wound by the court in certain circumstances: if the company through the special resolution decided that it must be wound up by the court; or if default is made in filling the statutory report or in holding the statutory meeting; or if the number of members reduced below the required number as per the Company Law; or the company is incapable of paying its debts; or if the court is of opinion that it is just and equitable to wind up the company.

When a company is deemed to unable to pay its debts is considered by section 242 of the Companies Act 1994. These will be if a creditor to whom the company is indebted for a sum and the company neglects to pay the sum for three weeks or if execution or other process issued on a decree or order of any court in favor of a creditor of company is returned unsatisfied in whole or in part or if it is proved to satisfaction of court that the company is unable to pay its debts and court shall take into account the contingent and prospective liabilities of company.

It is to be noted that, according to section 247 of the 1994 Act, a winding up of a company by the court shall be deemed to commence at the time of the presentation of the petition for the winding up.

In case of voluntary winding up, the second step is to prepare documents. These are Declaration of Solvency, (which shall include information such as the company has no debts among other things) and Profit and Loss Account and Audited Balance. These documents shall have to be approved by the majority directors of the company.

Step 3 | Documents Needs to be submitted to RJSC

The approved Declaration of Solvency then must be filed with the RJSC (Registrar of Joint Stock Companies and Firms) within 5 weeks.

Step 4 | Pass a Special Resolution in the Company

The next step is to pass a special resolution through the extraordinary general meeting to approve the decision of winding of the company and the appointment of the liquidator. This (the content of the meeting) shall also be filed with the RJSC. The above stated special resolution must be advertised, within 10 days of its passing, in the official Gazette, and in a newspaper circulating in the district where the registered office of the company is located.

Step 5 | Appointment of the Liquidator

After that, the liquidator shall accept the appointment and this must also be notified to the RJSC and the same shall be informed to the Deputy Commissioner of Taxes (having the jurisdiction) within 30 days of the said appointment.

Step  6 | Preparation of Final Report by the Liquidator

The liquidator shall prepare a Final Account showing how the winding ups has been conducted and the assets distributed. After that, an extra ordinary general meeting shall be called by the liquidator. The notice of the meeting must be given by way of advertisement which must not be less than one month before the meeting. Such an advertisement shall be given in the official Gazette, and in a newspaper circulating in the district where the registered office of the company is located. A special resolution shall be passed in the extraordinary general meeting with regards to the disposal of the books and papers of the company.

Step 7 | Filling all the Documents respectively to RJSC

Finally, there is a duty to hold a final meeting and the submission of the documents to the Registrar. Now the company winded up.

How FMA, as leading Law Firm in Dhaka, Bangladesh, can Take Care of Both the Financial and Legal Aspect of Liquidation for its Client

FMA as a leading Law Firm in Dhaka, Bangladesh has team of highly experienced company lawyers who are capable of handling each and every aspect of the liquation process of its client. We execute the following services:

- Preparing documents for the winding up;

- Selling off business assets and make use of the proceeds to pay creditors;

- Taking any steps as may deem fit and necessary for the winding up.